Using our engine you can create nice user-interface for your applications. The look and behavior of everything is very customizable, as you often want a special-looking UI in your games. Our user-interface is rendered inside a container like TCastleWindowBase or TCastleControlBase, and of course works without any modifications on all the platforms we support — desktop, mobile...

A complete program using the concepts shown here is in the engine examples, in the examples/user_interface/zombie_fighter/ directory. 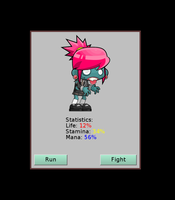 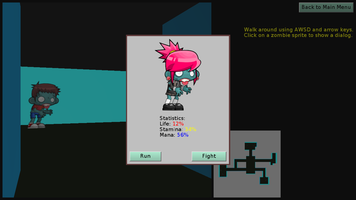 All of the currently used controls are added to the list of TCastleWindowBase.Controls (if you use TCastleWindowBase) or TCastleControlBase.Controls (if you use Lazarus forms with TCastleControlBase). The controls on this list are ordered from the back to front. But usually you don't need to remember that, as you add them using the aptly-named methods InsertFront or InsertBack, indicating the visual "front" (in front of other controls) or "back". The TCastleUserInterface can be arranged in hierarchy: one instance of TCastleUserInterface can be a child of another, which makes it visually "contained" inside the parent, and moved along with parent.

Note that TCastleViewport is also a descendant of TCastleUserInterface. So the organization follows what you see: inside a 2D window, you create a 2D viewport, that allows to view the 3D world inside. So, almost everything is "inside" some TCastleUserInterface in our engine.

While TCastleUserInterface is basically a way to render anything, in this chapter we will focus on the most traditional use of this class: to create simple 2D user interfaces. Our engine includes a large number of TCastleUserInterface descendants for this. The most often used controls are:

These are just the basic UI classes. Find the TCastleUserInterface in our class hierarchy diagram and look at all it's descendants to discover more:)

You simply create an instance of any class you like, and add it as a children of Window.Controls, CastleControl.Controls or another (parent) TCastleUserInterface. Note that TCastleUserInterface is a descendant of the standard TComponent property, so you can use the standard "ownership" mechanism to take care of freeing the UI control. In simple cases, you can make the Application or Window a parent of your UI control.

An example below shows a simple button and a label:

Remember that at any time, you can add and remove the controls. You can also make a control temporarily "not existing" (not visible, not handling inputs and so on — just like it would not be present on the controls list at all) by flipping it's Exists property.

Here's the previous example expanded, showing how to handle button click, to toggle the visibility of a rectangle:

Every UI control may have children, which are positioned relative to their parent. The children are always drawn on top of their parent. (Although the parent has an additional chance to draw over the children in it's RenderOverChildren method, but that's rarely used.)

With all this knowledge about parents and anchors, let's make a simple dialog box, showing off what we learned, and something extra (note the use of TCastleLabel.Html and HexToColor below). Below are the contents of the ApplicationInitialize procedure, you can just use this code to setup UI in the main program block (like in the simple examples above on the same page), or you can set it as the Application.OnInitialize callback following the chapter about developing cross-platform applications.

If in doubt, take a look at the examples/user_interface/zombie_fighter/ code that contains the final application we will make in this manual! It uses the ApplicationInitialize procedure.

Note that we have a visual designer for UI. It is described in the separate chapter.

We advise using the user interface scaling to automatically adjust all the user interface controls, depending on the window size of the final application. Underneath it scales the UI coordinates (and then renders using the final coordinates, so all rendering remains crisp), adjusting to your "target" resolution but keeping the aspect ratio of the current window. It relies on properly set anchors to make everything look good on all aspect ratios.

If this description sounds complicated, just try it. It is easy to realize what happens visually, all "New Project" templates created by editor use it automatically.

Then in your Application.OnInitialize callback just call Window.Container.LoadSettings('castle-data:/CastleSettings.xml');. This will set UIScaling. Remember that "New Project" templates created by editor already do it by default.

An alternative way to activate UI scaling is without the CastleSettings.xml file. Do this:

Using UI scaling is incredibly important if you want your game to work on various window sizes. Which is especially important on mobile devices, where the sizes of the screen (in pixels) vary wildly.

This means that the whole user interface will be scaled, by the same ratio as if we would try to fit a 1024 x 768 area inside the user's window. The proportions will not be distorted, but things will get smaller or larger as necessary to accommodate to the larger window size. If you use anchors correctly, things will accommodate nicely to the various aspect ratios too.

The fact that things are scaled is largely hidden from you. You get and set the Left, Bottom, Anchor, EffectiveWidth, EffectiveHeight, EffectiveRect, FontSize and many other properties in the unscaled pixels. Which basically means that you can hardcode them, and they will still look right everywhere. Only a few properties uncover the final (real or scaled) control size. In particular the RenderRect method (very useful for custom drawing) returns the control rectangle in the real device pixels (and with the anchors and parent transformations already applied). More about this in the chapter about custom-drawn UI controls.

You can check the resulting size of the control with EffectiveWidth and EffectiveHeight.

You can also use the EffectiveRect property, it contains the control position and size. But note that it's valid only after the control, and all it's parents, is part of a window that already received a Resize event. So you may need to wait for the Resize event to actually use this value.

To adjust the look of some controls, you can adjust the theme. All of the standard 2D controls are drawn using theme images. This way the look of your game is defined by a set of images, that can be easily customized.

Use the Theme global variable (instance of TCastleTheme). For example, image type tiButtonNormal is the normal (not pressed or disabled) button look.

You can change it to one of your own images. Like this:

Note that we also adjust the ProtectedSides above. This way image will be drawn stretched, using the Draw3x3 technique (often called 9-slice scaling) to intelligently stretch, taking the sides into account.

You can see the default images used in the engine sources, in src/ui/opengl/gui-images/ subdirectory. Feel free to base your images on them.

If you prefer to embed the image inside your application executable, you can do it using the image-to-pascal tool (compile it from the engine sources in tools/image-to-pascal/). You can then assign new image like this:

Note that we set OwnsImage to false. The instance of CustomButtonNormal will be automatically freed in the finalization section of the unit generated by the image-to-pascal.

To adjust the initial "Loading" image (visible when you open the application window) you want to adjust the Theme.ImagesPersistent[tiLoading].Image.

This should be done in the initialization section of some unit (more specifically, it should happen before window is opened). As such, you cannot load image from disk at this moment (as on Android, you cannot read from disk from initialization sections of units). So you want to process this image first with image-to-pascal tool, to make an embedded image in a Pascal unit.

In summary, this is what you should do:

7. Taking control of the viewport 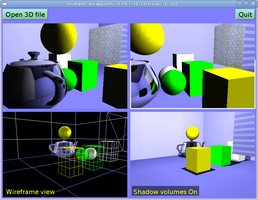 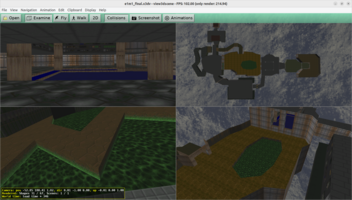 It is allowed to have multiple TCastleViewport instances in your game, even visible at the same time. They can even show the same world (but from different cameras) if they share the same Viewport.Items value.

Note that, since the viewport is a 2D control, you can place it as child of other UI controls. The example below demonstrates this technique, inserting TCastleViewport inside a TCastleRectangleControl. 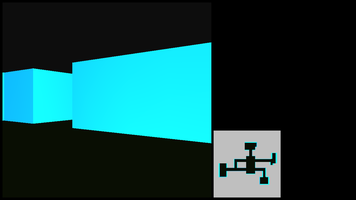 7.1. Insert animation (in a viewport) into a button

8. Wrapping it up (in a custom TCastleUserInterface descendant)

When you make a non-trivial composition of UI controls, it's a good idea to wrap them in a parent UI control class.

In the constructor of your new class, you initialize and add all the child controls. You can even register private methods to handle the events of private controls inside, e.g. you can internally handle button clicks inside your new class.

This way you get a new class, like TZombieDialog, that is a full-featured UI control. It hides the complexity of the UI inside, and it exposes only as much as necessary to the outside world. It has a fully functional Update method to react to time passing, it can handle inputs and so on.

The new UI control can be inserted directly to the Window.Controls, or it can be used as a child of other UI controls, to create even more complex stuff. It can be aligned within parent using the normal Anchor methods.

Example below implements the TZombieDialog class, which is a reworked version of the previous UI example, that now wraps the dialog UI inside a neat reusable class.

To go one step further, consider organizing larger games into "states". The idea is that the game is always within some state, and the state is also reflected by some user-interface. We have a ready class TIUState in our engine that helps you take care of that.

In the typical usecase, you create many descendants of the class TIUState. Each descendant represents a different state, like TStateMainMenu, TStatePlay, TStatePause and so on. Usually you create a single instance for each of these classes, at the beginning of your game (e.g. in Application.OnInitialize handler).

Each such class contains the user-interface appropriate in the given state. As TIUState is itself a special TCastleUserInterface descendant, it can act as a parent (always filling the whole window) for other UI controls. You can add children controls:

During the game you use TIUState class methods and properties to change the current state. Most importantly, you can simply change to a new state by setting "TUIState.Current := NewState;". This will call Stop on the old state, and Start on the new state (these are methods that you can override to do something useful).

For advanced uses, you can also have a "state stack". This is perfectly useful when one user-interface is displayed on top of another, for example when the TStatePause shows a dimmed state of the game underneath. Be sure to actually pause the game underneath; you can make a "dimmed" look by adding a fullscreen TCastleRectangleControl with a transparent color (that has alpha between 0 and 1, like 0.5). If you don't want the underlying state to also receive the inputs, be sure to set InterceptInput on the top state (TStatePause in this example).

To actually change the state using the "stack" mechanism, use the TUIState.Push and TUIState.Pop methods.

Copyright Michalis Kamburelis and other Castle Game Engine developers.
Thank you to Paweł Wojciechowicz from Cat-astrophe Games for various graphics.
This documentation is also open-source and you can even redistribute it on open-source terms.